I watched the film Coyote Ugly again the other day.

It has been some time since I last did and my daughter, Caroline, is now a similar age to the main character, Violet, played by Piper Perabo. As the story unfolded the more relevant it became to people looking to make their way in life and wanting to succeed.

Violet leaves her small town to make it big in the city. She is a songwriter with talent but no confidence in her own singing. Her mother before her had travelled the same path when she was a similar age. Violet had always believed that her mother too did not enjoy singing her own songs on stage.

How do you get started in the music business in New York City? You get your stuff out there, just like any other ambitious person in any other business.

So, Violet starts hawking her demo tapes around the various music agents and publishers. She gets shut doors, knock backs and other disappointments. One night her apartment is robbed and all her cash is taken. She has no job and is on the verge of giving up, of going home to her small town, back to safety.  Back to her comfort zone.

Violet then has an opportunity to work at Coyote Ugly, a full on NYC bar where the all female employees tease and tantalise the male clientele. Dancing on the bar, they are to appear available but never be available. The hard working and tough owner’s only rules are, don’t date the customers and don’t bring your boyfriend to the bar. You do and you’re fired.  All else is permissible.

Violet is in need of cash. She doesn’t see any other options. But, she is shy, uncomfortable. She lacks confidence. She doesn’t believe she can, “be a Coyote.”

Then something happens. At her “audition” in the bar, she deals with a crisis, instinctively drawing on her own small town experiences. Something deep down comes out and she impresses the owner, Lil, with the way she averted a conflict.

She starts working at Coyote Ugly and gradually begins to learn new skills. She becomes absorbed and pays less attention to her career ambitions. She even sings along to the jukebox. But, they are not her own songs. When her father learns of where she is working he is disappointed in her. She tries to reassure him she has not let go of her principles or her ambition and Coyote Ugly is not what he thinks.

She realises the only opportunity to get her own songs heard is by singing them herself at an open mic night in a club. She can’t do it. Her failure only reinforces that negative self-talk going on in her mind. But, her new boyfriend, Kevin, believes in her and perseveres in getting her a slot. Then her father tells her that her mother had always loved performing, and was very good at it. She only gave up to be with her family.

All around her, Violet is surrounded by people who believe in her. Her hugely proud father (played by John Goodman), the bar owner, Lil, and her boyfriend, Kevin. All of them are very different and each of them have a positive and encouraging influence on her. Still, she just doesn’t see it in herself. It is much easier to give up.

With encouragement from others, eventually Violet sings her own song to an audience. She burst through the self-imposed barrier that held her back. Her talent, her songs rather than her own singing, were heard for what they are. Drawing on her resources her performance is great. A new confident Violet comes out of her shell. She gets a contract and the song, sung by established singer, LeAnn Rimes, climbs the charts.

There are so many “lessons for learners” here for me. Where do I start? You might see even more.

By the way, I have just published my book, “Introducing the Success Cycle: six steps to achieving your dreams.” It is available as a PDF download here and as an eBook or paperback from Amazon.

Please sign up to receive my blog and other free material. 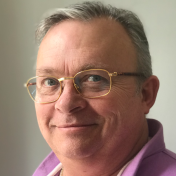